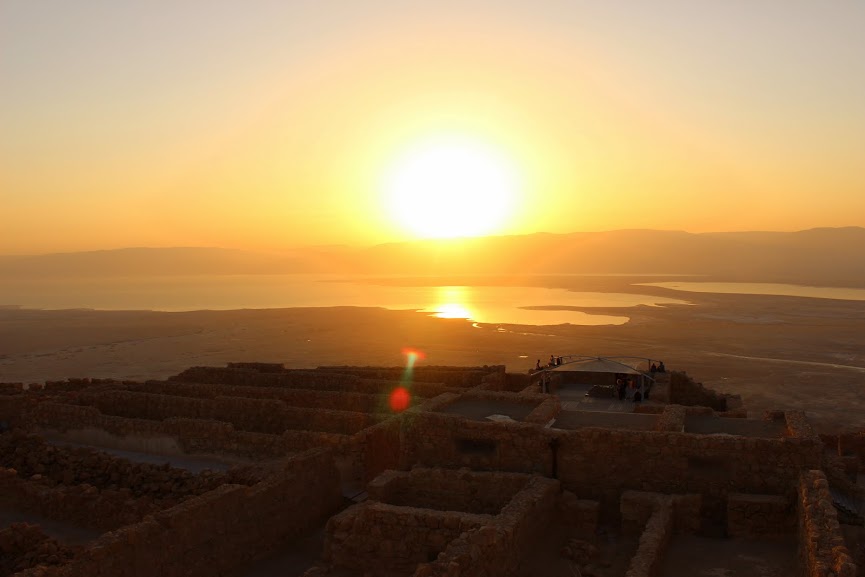 We’re kicking up the dusty dirt from the lowest place on earth, just south of the Dead Sea, walking towards the moonlit mass of Masada. My breath is short as the dry air sucks away moisture from my lungs and skin. We briskly take to the rocky, snaking trail encircled by dune mountains that trick the eye. The deceptively massive peaks give the illusion of closeness, as if we could simply reach out and grasp the steep cliffs, the sharp overhangs, the bulging rocks. Yet as we begin the rigorous ascent, we soon realize that we are far, far away from the top of this mountain fortress. 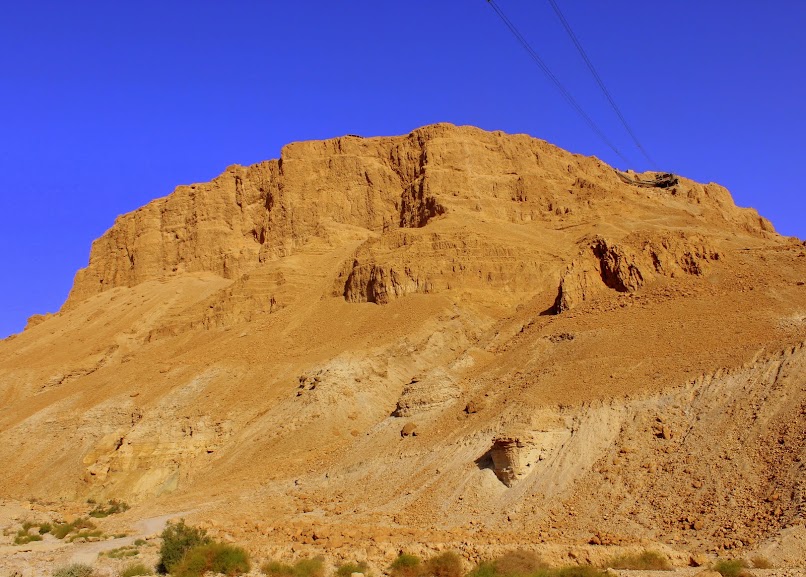 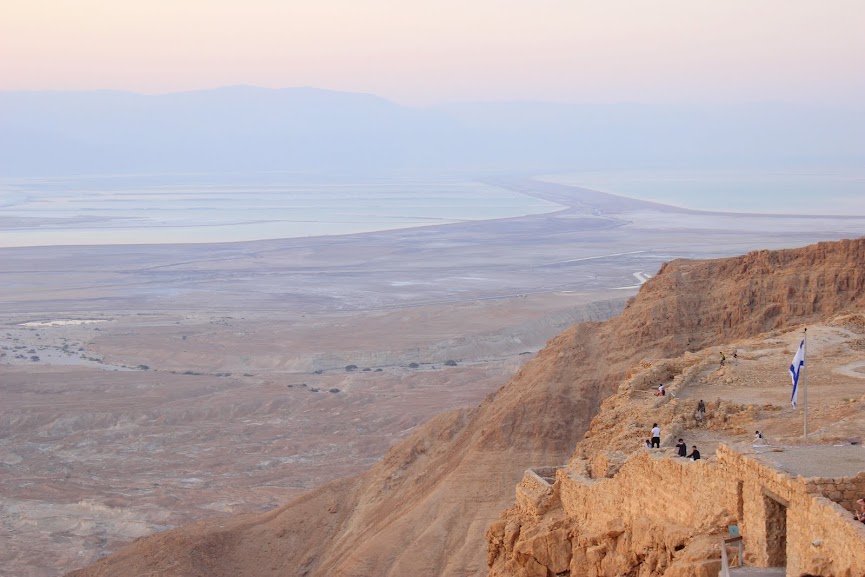 Arid desert air scrapes at my throat, short painful breaths accentuate each heavy step along the Snake Trail’s steep incline. Rough stairs made from irregularly shaped rocks radiate an unfriendly hostility, discouraging even Roman armies aiming to conquer and plunder. Each ill-placed stony step only increases my desire to complete this hike, so with efficient and methodical steps I reach the mesa’s crown. 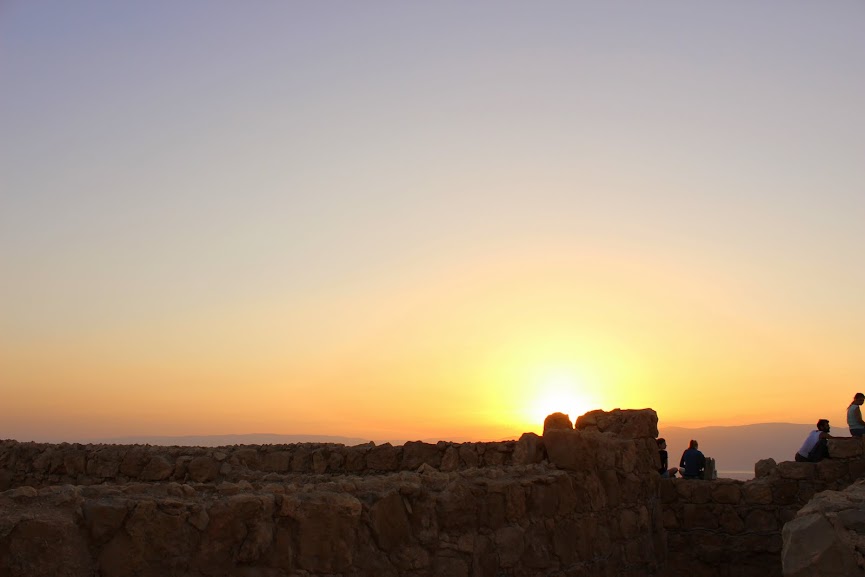 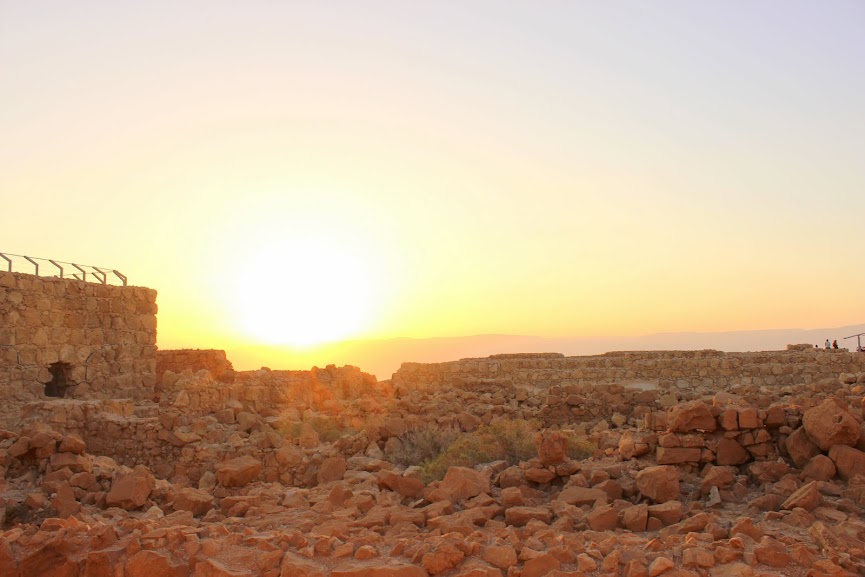 I climb to the edge of a crumbling stone wall next to Patricio, feet dangling, floating over the endless Judean desert, touching the edges of the Dead Sea and peaks of anonymous mountaintops. 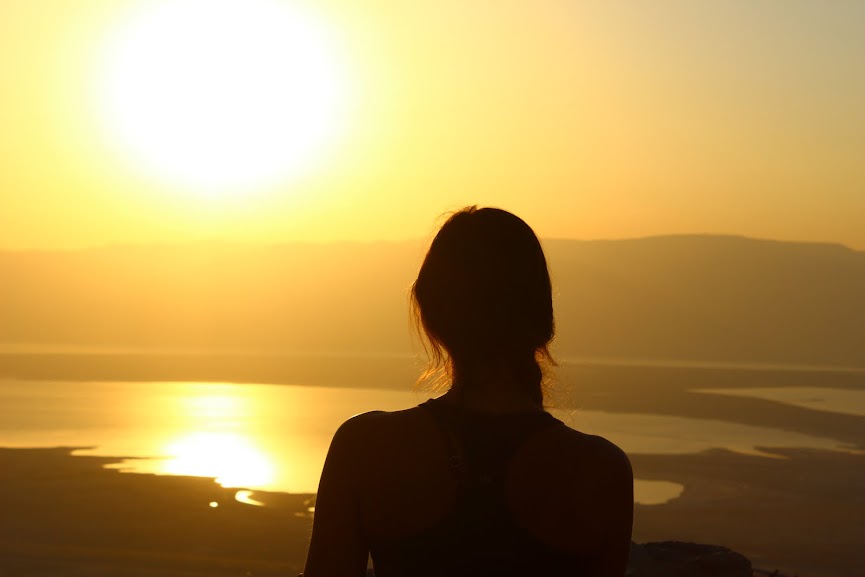 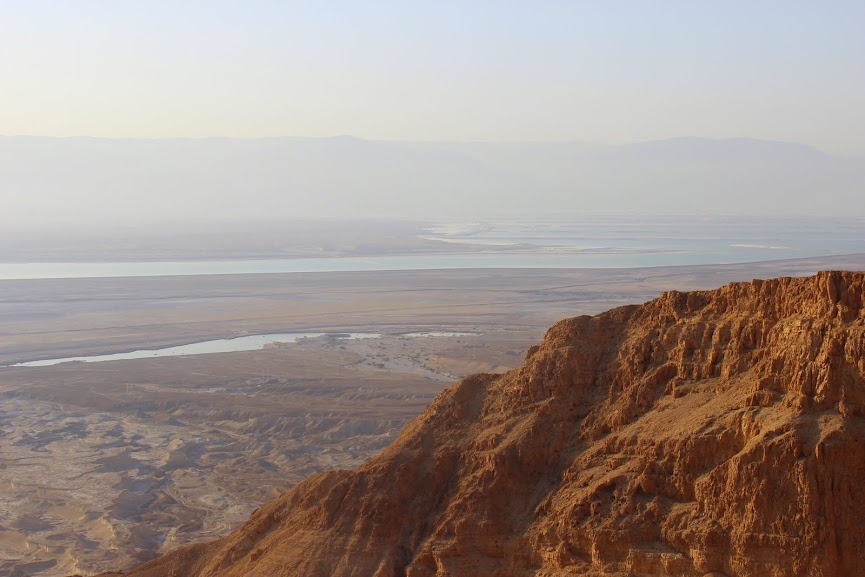 Swelled chests hold gasps of awe as we witness the sun reaching and stretching over golden desert crowns. Upon release, we whisper our wish into the wind: please preserve this small moment in our memories, for “nothing gold can stay.” 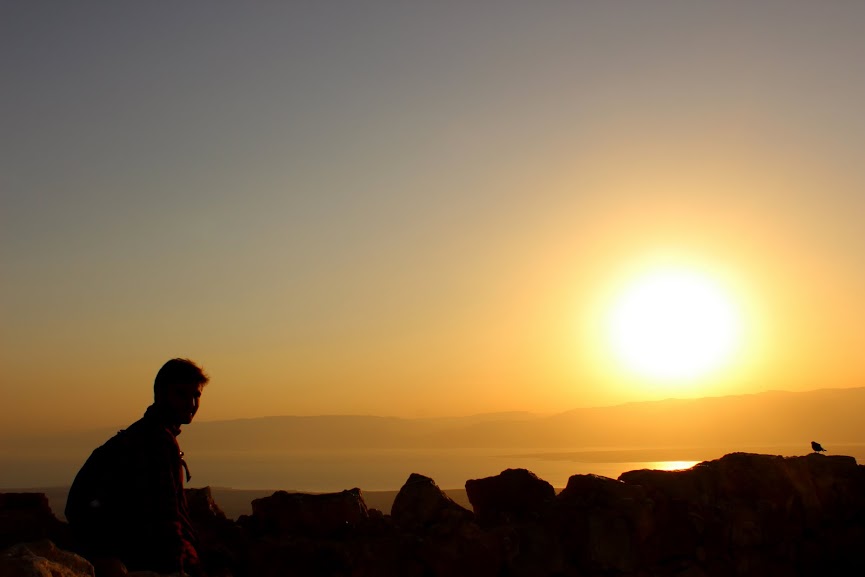 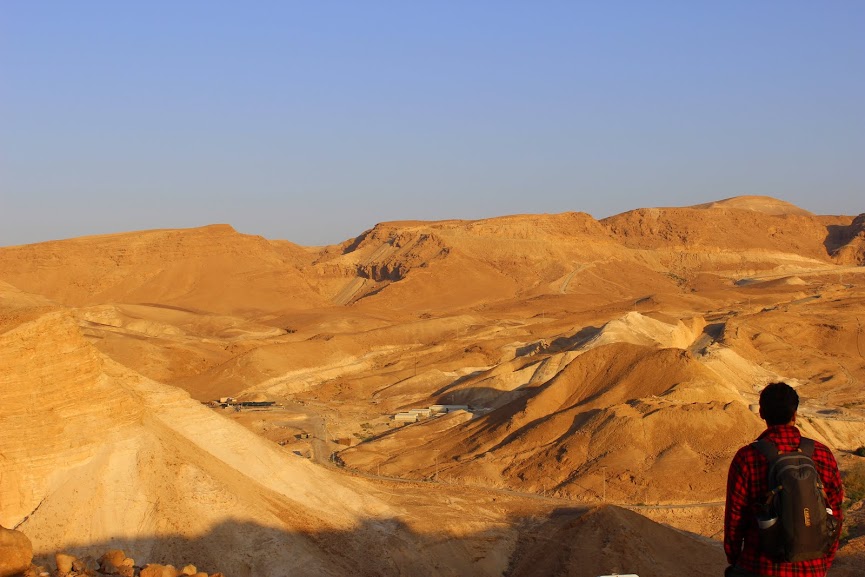 As the sun ascends, the black sky bruises into deep purple followed by an honest blue creeping over the horizon. The iridescent hues growing, progressing with each second the sun gains on us, pushing us forward.

The blues and purples mix with the amber of the sun and in a blink the sky gives way to layers of pure yellow, amber, autumnal orange, with lingering spots of a lavender kissing the clouds. 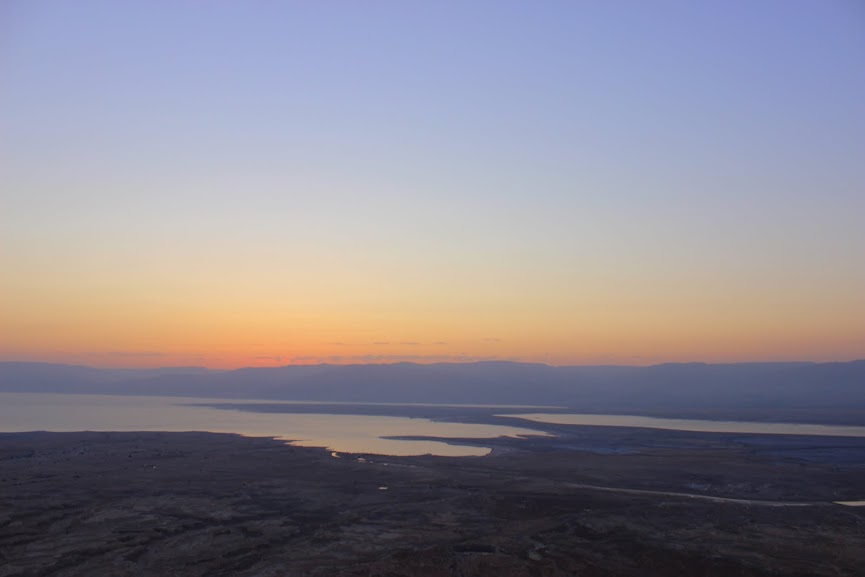 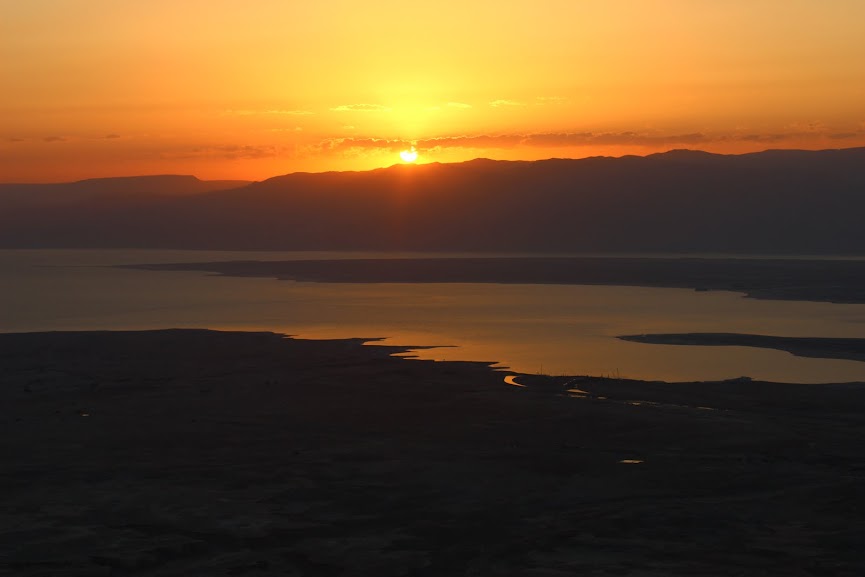 The ancient fortress of Masada was built by King Herod around 31 BCE. A century later Jewish rebels, the Sicarii, fighting for the freedom of their people, marched to and overthrew the fortress, capturing the stronghold for themselves.Following closely, the Roman armies came to reclaim Masada, laying siege on the Sicarii forces residing there. After years of lost battles and unsuccessful attempts at starving the trespassers, the Romans remained unwilling to climb the treacherously narrow and appropriately named Snake Trail; resulting in the laborious construction of a sky-high ramp leading to the mountain fortress.

The Roman troops reached the peak, prepared to release years of stored aggression by pillaging the city and murdering trembling victims but instead they entered a “citadel of death”.

In the acceptance of their inevitable defeat, the Sicarii made a pact: they would die as free men and women of God, not humiliated and enslaved. So with the assistance of friends and family, they killed each other, one by one. In the end, one man remained, sacrificing the sanctity of life by bearing the punishment and shame of suicide. 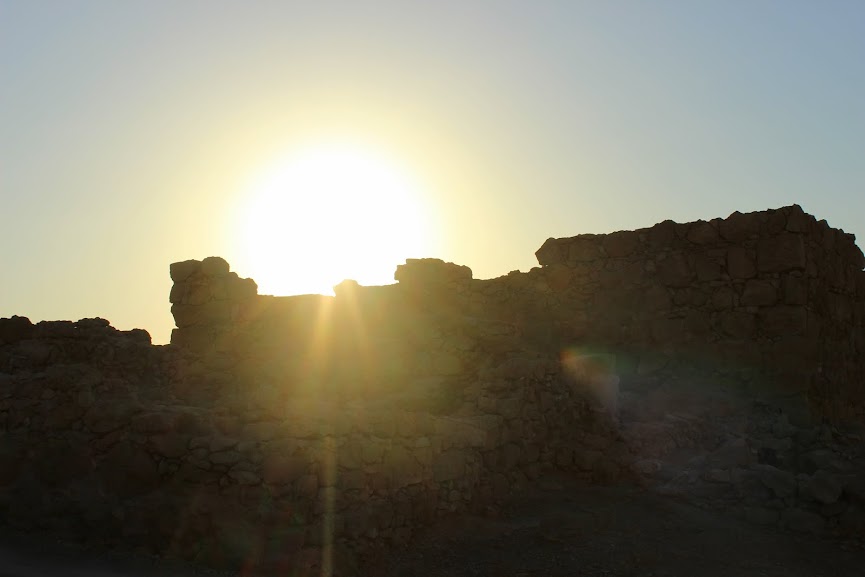 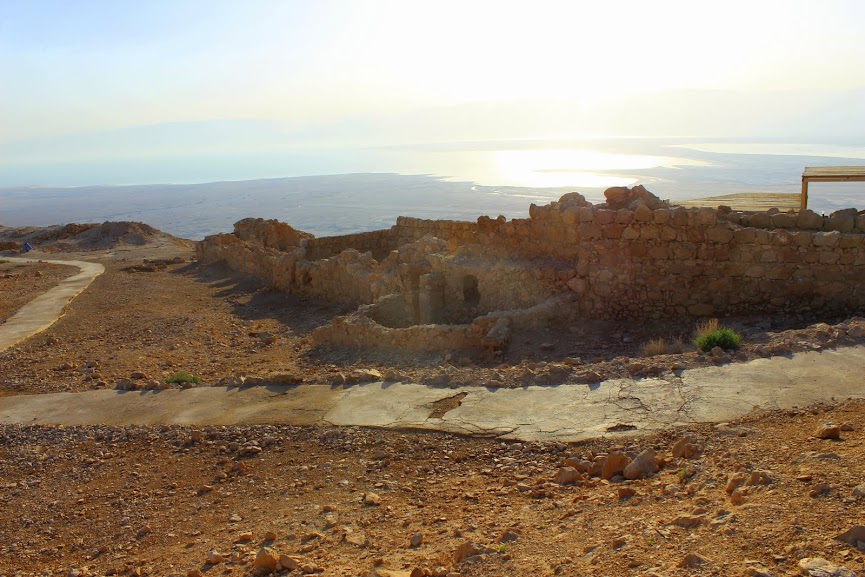 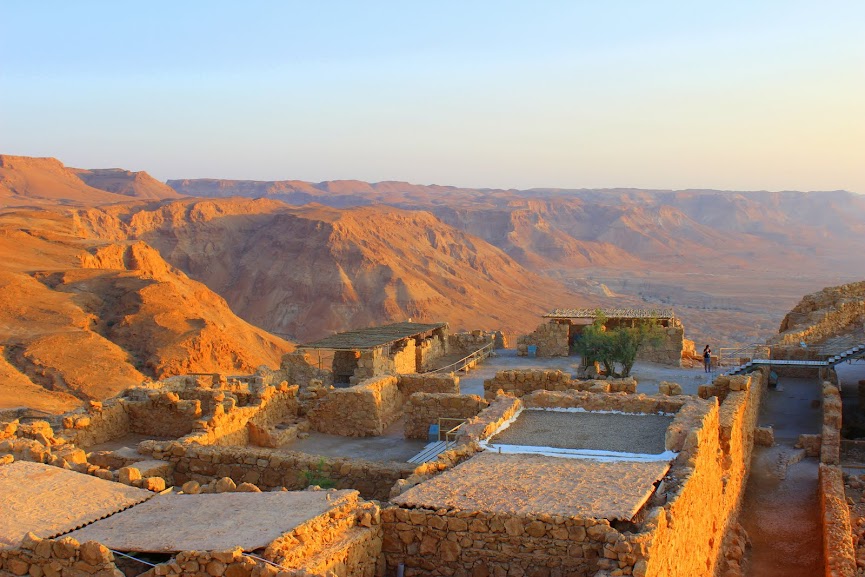 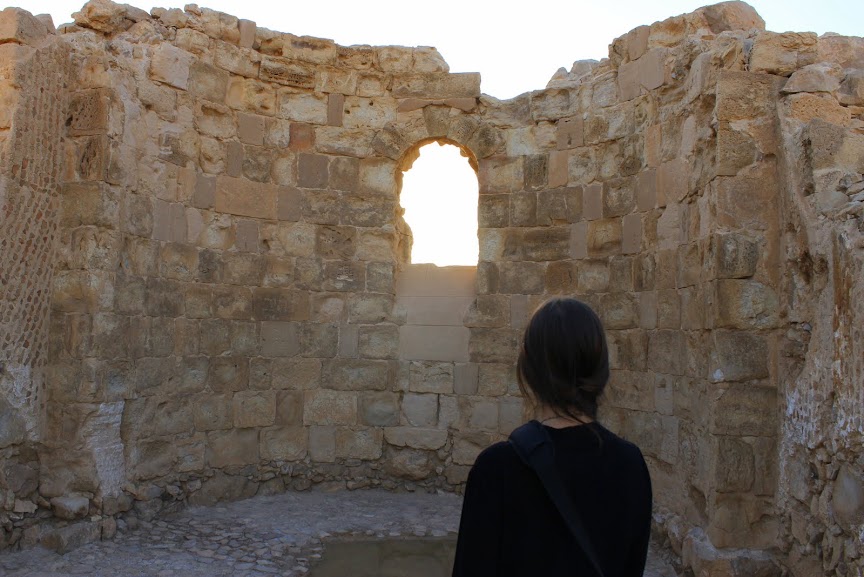 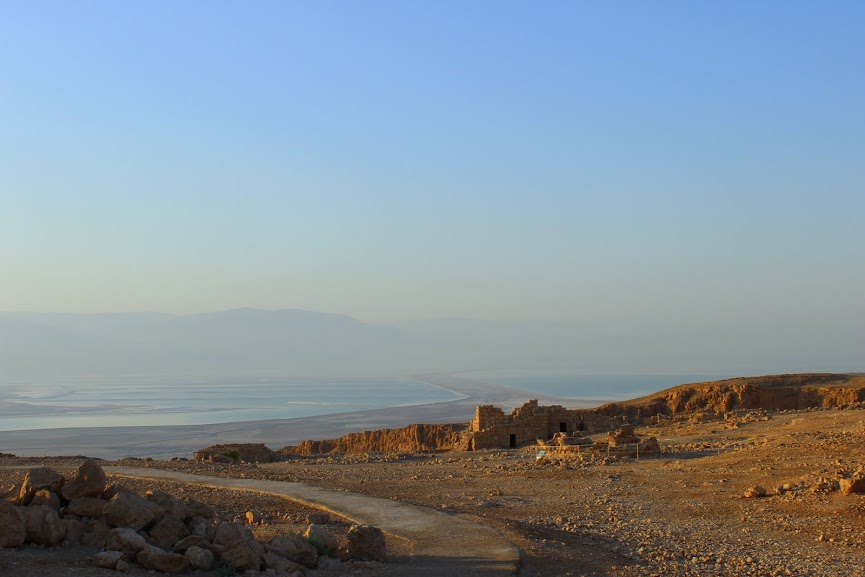 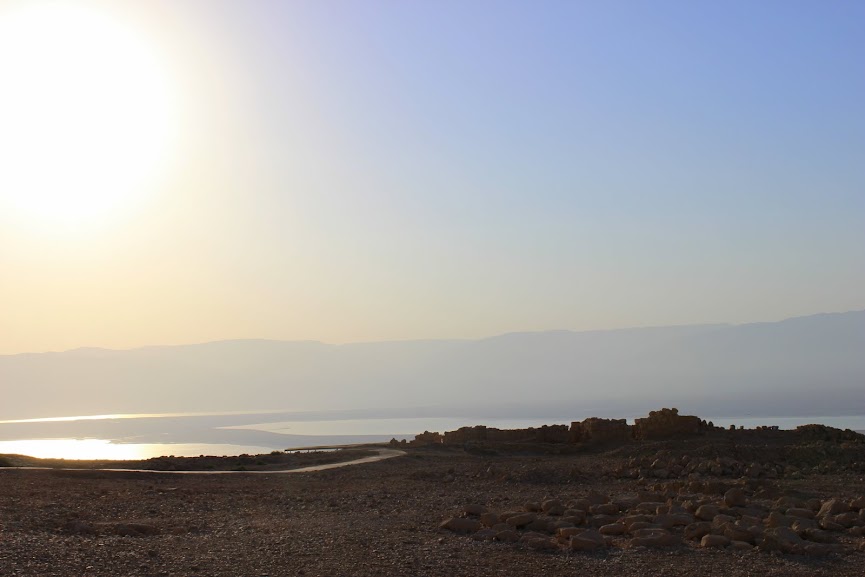 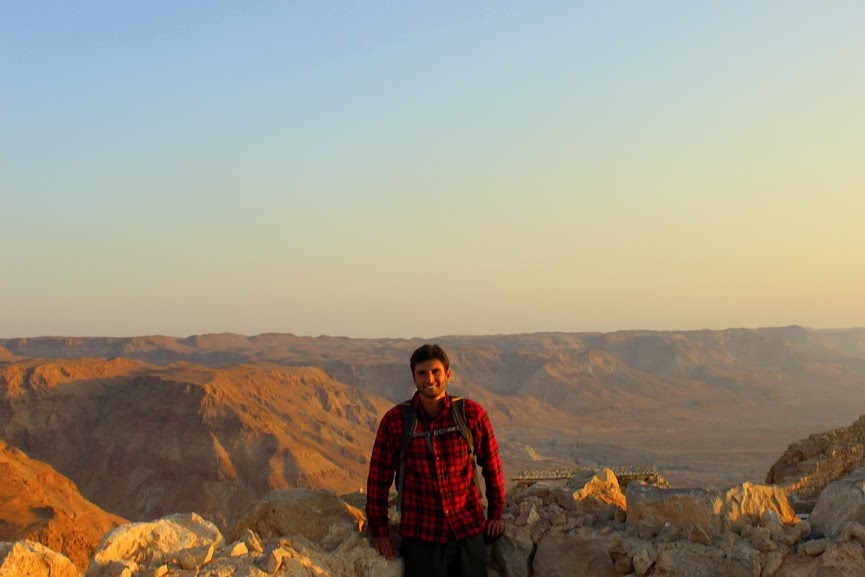 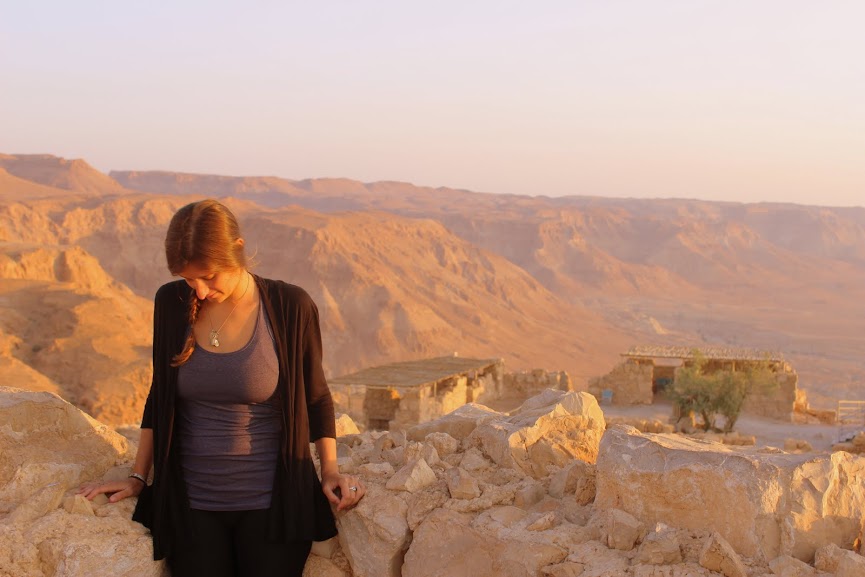 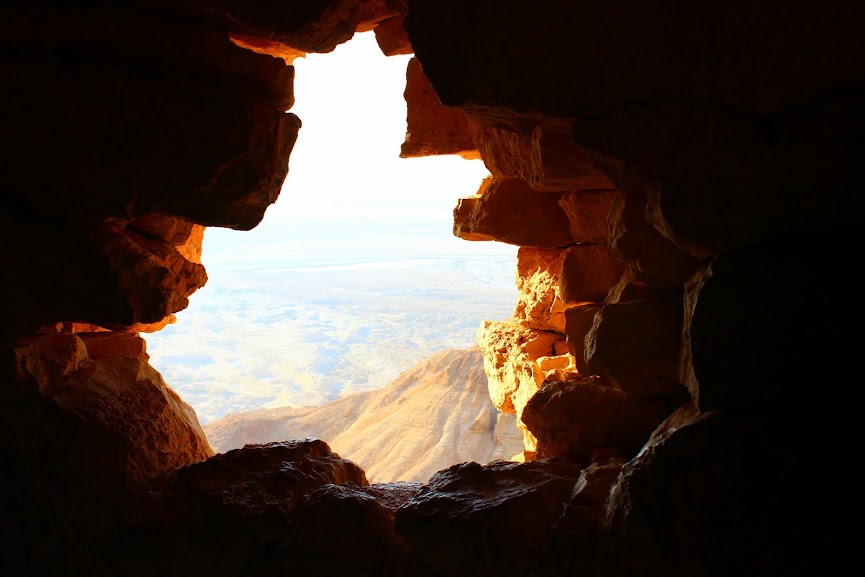 View all posts by Jess Gruber

I'm a coconut glutton, lover of fruit, sand between my toes, and a well-written book. I'm a teacher. Of yoga. Of life. I'm an explorer and magic finder. Join me as I search for the hidden treasures and lessons of my every day life.